Joint Stock Company "Plant" Radian "since 1968 is one of the main industrial enterprises of the Stavropol Territory. 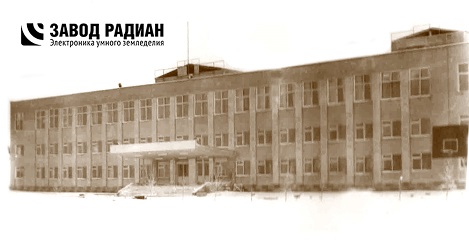 The enterprise was established in June 1968, under the order No. 322, Switzerland, of the shop of branch No. 4 of the Stavropol transformer plant.

In the future, it was renamed the "Alexandrovsky branch of the Izumrud plant", since 1992, after corporatization and transformation into an open joint-stock company, was named AOOT "Radian Plant".

Initially, the company was focused on the production of transformers for color and black and white TVs, for receivers of three-program broadcasting, for systems of long-distance and closed communication.

Since the beginning of production in the country personal computers with transformers, which began to produce and more complex electronic devices - secondary power supplies for the first PCs and peripherals to them - matrix printers.

Work on the defense industry, producing small-size transformers of high voltage TPR and TV-10 for night vision of both general and special purpose (night glasses for drivers of armored vehicles, piloting helicopters, binoculars, sights, etc.) is a monopolist in this field.

In the mid-70s, the ROSTSELMASH Combine Plant began the development of a new combine harvester, Don-1500. According to his technical assignment, practically the entire range of electronic sensors required for this combine was mastered. Since then and until now, the plant has been providing uninterruptedly to LLC RZ "ROSTSELMASH", as well as other plants for the production of agricultural machinery in Russia and the CIS by electronic sensors.

But here came the harsh 90's. The collapse of industry, economy, lack of state support. In order to stay afloat, to save production and jobs, the enterprise began to produce consumer goods - electric meat grinders, table lamps, floor, wall, electrically "Yunost", semi-automatic welding for household use. At that time, there were a lot of barter deals, bilateral and trilateral treaties. Changed their products to the materials necessary for production. Later, electric meat grinders and semi-automatic machines began to be exported to the USA.

After the 90s, the plant is one of the few industries, managing and predaemstvo design ideas. All these years ago and at any time.

I have a strong material base and many years of experience in the production of electronic sensors for agricultural machines, the company has taken a course in developing an electronic on-board monitoring system for seeding equipment. Russian farmers at that time had already realized the advantages of using "accurate farming", but the control systems at that time were only imported, and were very expensive.

In 2006, the first tests of electronic sensors were carried out, which were attached to the seed drill of the seed drill and signaled to the monitor in the tractor cab that the seed had been passed to the coulters or that it was absent. Also in the first system were tested sensors that control the rotation of the shaft and the level of the seeder hopper.

In 2008, the seeding control systems SKIF began to be produced serially. 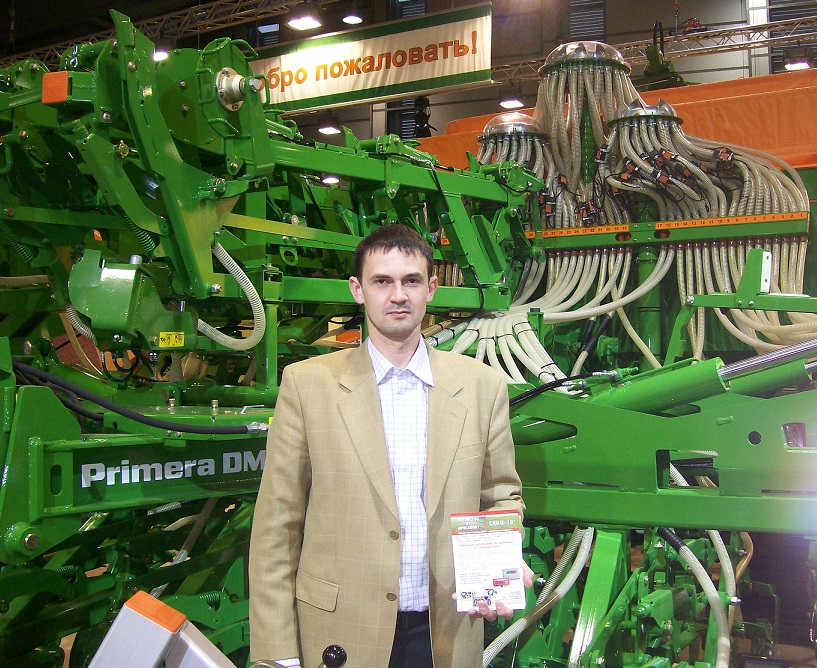 On June 17, 2010, Bogoslovskiy Alexander Valeryevich was appointed General Director of JSC "Radian Plant" by order No. 22-ok according to the results of the meeting (Minutes No. 3 of 17.06.10).

It was at the initiative of Alexander Valerevich, who had held the post of deputy economics director since 2002, that the enterprise significantly expanded its trading base and mastered new areas of activity.

"Participation in the AGRITECHNIKA HANNOVER-2011 in Germany"

Today the company employs about 200 people. The plant retained almost all the infrastructure divisions that were in the factory during its dawn.

The enterprise has all the necessary technologies for a full cycle of production of quality products, including its design development. At the plant there are sections for aluminum casting, injection molding, assembly areas, winding and surface mounting.

- OTK with a testing station. No product leaves the enterprise without the employees checking this service,

- Department of new technology, which performs the functions of the chief designer department and is responsible for the development of new products. 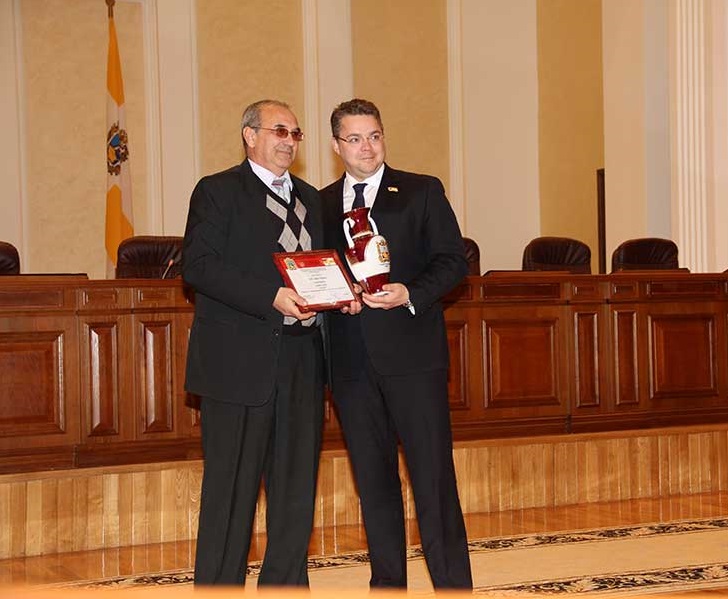 At the enterprise there is an energy-mechanical division, the chief metrologist, and all the other services that rely on the enterprise-production, commercial, economic.

The quality of the products is carefully controlled at all stages of production. The enterprise has implemented and operates a quality management system that meets the requirements of GOST R ISO 9001-2008 (ISO 9001: 2008)

Governor of the Stavropol Territory Vladimirov VV presents the prize for the third place in the contest "Give quality" in the nomination "Production of import-substituting non-food products".

"Gold fund" of the enterprise

During its existence, the plant has never stopped production. Competent specialists constantly modernize, improve products in order to improve the quality and expand the functionality.

Over the entire history of the plant, more than 14,000 people took part in the production.

Every year students of higher and secondary special schools pass industrial practice on the territory of the plant. Some of them remain with us to work. We always welcome good specialists. It should be noted that the company always has doors for engineering engineers with higher technical education.

We invite you to participate in the life of the plant and further writing the history.

The face, territory of the plant, the nomenclature of manufactured goods changes, but people remain - the "gold fund" of the enterprise; technologies; production capacity; stable partners, good relations with which we very much appreciate and store 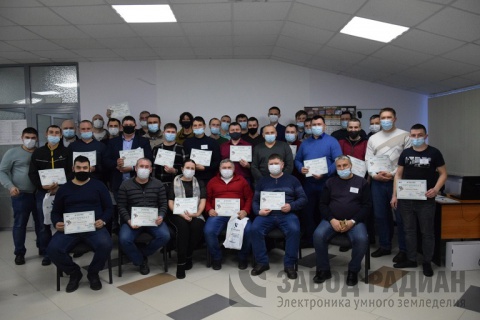 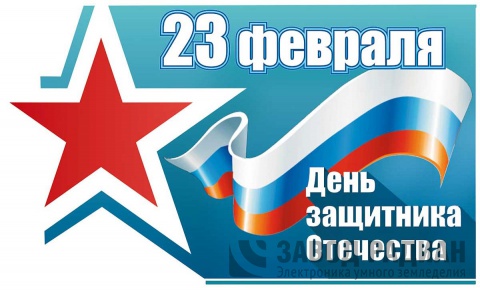